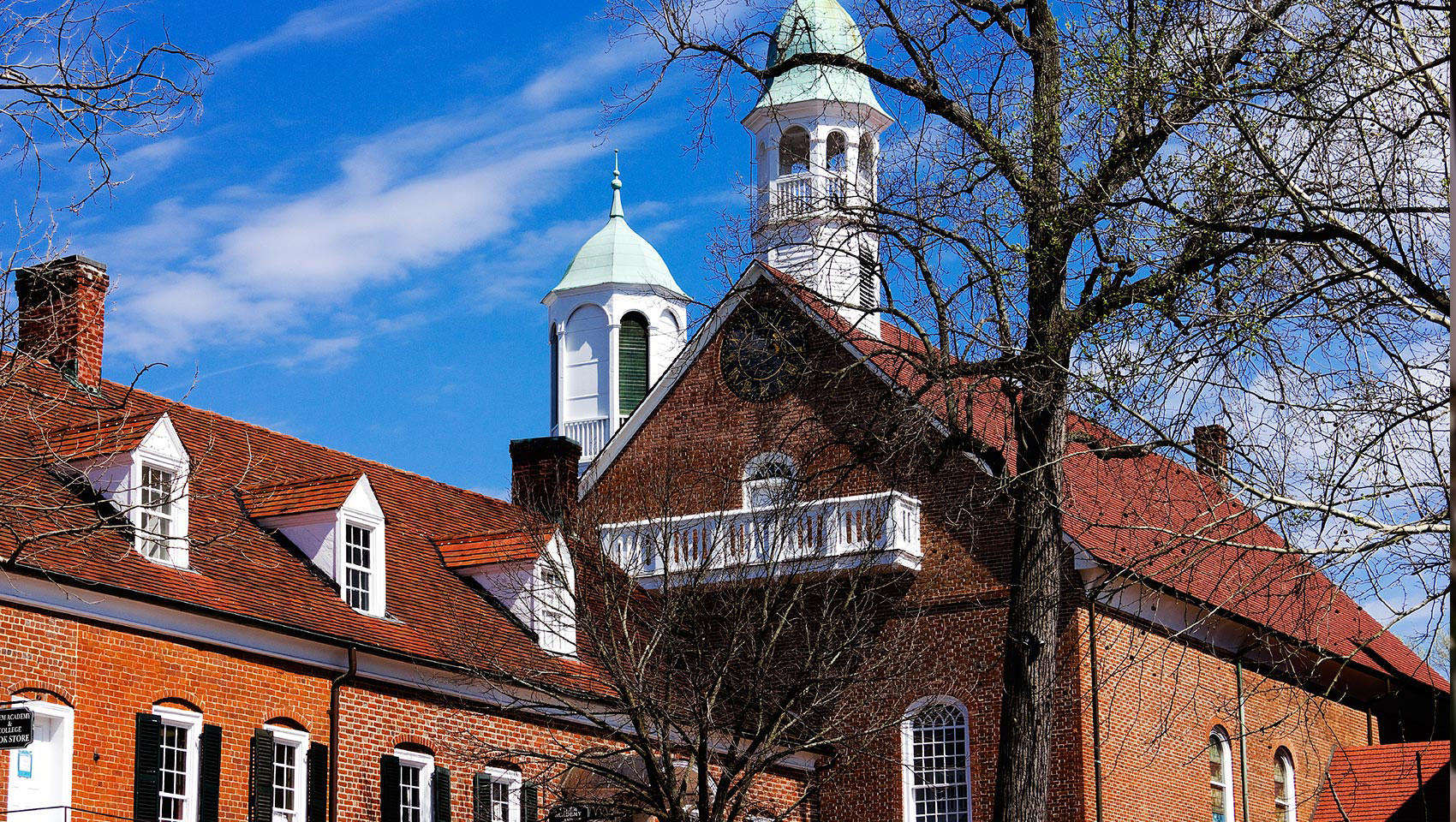 Travel Back in Time

OUR HOTEL NEAR OLD SALEM, NC

Tucked into Winston-Salem’s charming downtown is Old Salem Museum & Gardens, a historic district that’s been lovingly restored to the delight of both locals and visitors. Originally named Salem, this area was a pre-Revolutionary War settlement established in 1766 by the Moravians, a community of Protestant missionaries who came from an area that is present-day Czech Republic.

Time stands still here as you stroll Old Salem’s streets, explore perfectly preserved 18th-century homes and shops and chat with men and women in period attire. If you’re here for the holidays, Old Salem shines even brighter in December, when visitors are transported to a simpler time through music, art and tempting treats. Speaking of treats, those delectably thin Moravian cookies you nibbled on in our posh living room lobby? They were born in Old Salem, along with their buttery cousin, the Moravian sugar cake. When it comes to hotels near Old Salem, NC, Kimpton Cardinal Hotel offers a delicious taste of history.